RSS
← Voi railway station : Save the railway
What if Jaymo worked in this 2 Kenyan Institutions ? →

The final Letter to Idd Salim 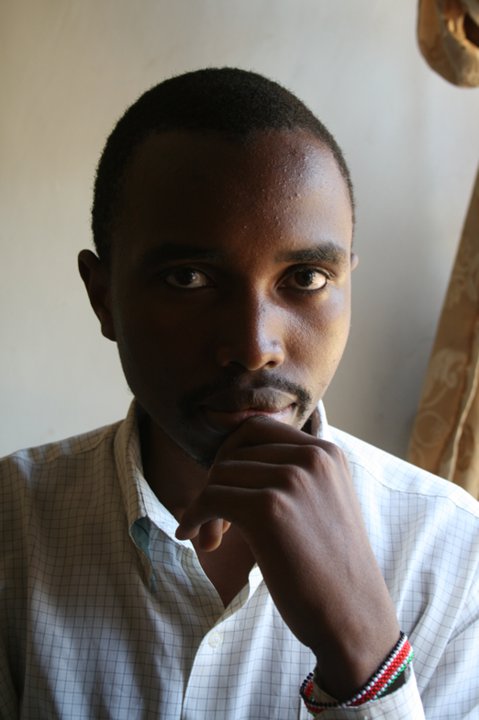 Its pretty hard writing this one…pretty hard,I just got a call from Vodaphone this morning about us guys missing our meeting for the 24th as planned. I had to break it to Clemence that you had passed on,A chill run down my spine as I said that.

I think most people have never known how you and me quite met,and why I called you Beste Mnoma while everyone else called you Salim. Flashing back to 2003 exactly 10 years ago,that was the time we met…actually you were with the other Jaymo (maina) and when you said Jaymo I answered instead,you retorted “wewe nani amekuita…” But that was it for me,you and James were on some weird server configuration maneno. I was barley out of primo the only comp knowledge I had was DOS and writing batch scripts to delete folders in the comp lab,but you still didn’t shun me,you told me there was a language called pearl that had a  similar effect,but I was way busy being a rubble in High school to give a hoot.

After high school was when I got more serious with code,and the first real system I was to write was a car hire website with 5% knowledge of PHP and crappy knowledge of any DB I wrote it and came to show you. You laughed “kijana hii ni nini sasa unanishow”. The damn thing was riddled with SQL injection exploits,bugs,slow db etc….You made me work my ass of for it…and I did and made my first 50K with your mentorship.I remember a pal once asking us why most coders have big heads and we laughed it saying we had a lot on our mind.

Anyone who knew me in college would attest to my love for your work,I always believed you were the Golden standard for code quality. I refused to learn J2ME before android and I remember in 2009 we had a long argument about this..in the legendary shiba kisha ulipe. I told you I would become a great Mobile dev, you always laughed  and said why stop at Mobile….we can be great fiber inakuja Kenya soon.

You were the big brother I never quite had,from YII to CodeIgnitor,when I was stuck I dialed your Number. In college guys thought I was some sort of code Ninja, but truth be told I was just really your Intern. A normal call would be  “Salim manze code ime leta noma” you would reply “kuja Ihub na ukuje na chapaa ya lunch” (you the only one who called money chapaa in the 21st century.

Blogging…ohh dear…we once had an arugment hapo Prestige with you and zack telling me I write like you. “Jaymo huwezi andika blog kama mimi,code kama mimi,kukatia dame kama mimi…kwani huna originality” But I always told you Imitation was the sincerest form of flattery.  And bought  a milkshake and we were good. I always made reference of you kwa Blog,and Idolized your posts.When I was finally man enough to do it on my own I came to you and asked “Salim sasa ju naeza andika code poa,unaona nikuwe coder kama wewe?” You minimized your windows and said “If you need me to hold your hand  you are not ready…code sio Mkate kijana,but inaweza kupatia mkate” And with that Jaymo the coder was born…from wining hackathons,to handling some of Kenya’s Bluest of the Blue chip companies. I hacked, and also got into trouble like you. I left Ihub over personal differences with people but we still used to talk.

The one thing I never quite will forget about you was how you would make my hardest of work look like Hello world..When I wrote a query and it run at 1 sec you rewrote it and it ran at 0.16 seconds. When I called you and told you to start using Fedora instead of Ubuntu you pimped your Ubuntu and made my  fedora look like windows XP. And how can I forget the ladies…a nerd is still a nerd, when I ogled you would be “Aiii dame sio shell script..talk politely and she may grant you root access to her drive V,where you can run bang bang or repeat finger.Na from that unaweza Man Mount alafu Man Dump au kama wewe ni sys admin kama wa safaricom unaweza Man Date”

Last week before you died You gave me code ya the project you were working on to test for you and finish up on some modules,I should  have known you were unwell,I should have noticed you weren’t Jovial,But I was busy being me,and for that brother I feel like I failed you and ask you forgive me.

I will miss you bro…I will…but you taught me well,and I will carry on the legacy you left. the shoes are big to fill,but I will be a master coder…you wait and see

← Voi railway station : Save the railway
What if Jaymo worked in this 2 Kenyan Institutions ? →

3 responses to “The final Letter to Idd Salim”