To Begin with,its a fact that Facebook keeps things from you from individual posts to those from pages. But let me begin with what you already Know. If I post something on my personal Facebook page,it will be  displayed  to my friends on their Time Line. If they in turn like it it will be shared on their wall and so on and so forth. In doing so this single post has the potential of being seen by everyone on Facebook (Not the key word potential).  But if no one likes,or comments then the  post simply ends there and Dies only appearing on your individual time Line and forever lost to others. So all you are left with  is posts on your TL that you like or your friends like…basically an echo of reaffirming views. You are never quite exposed to anything new. For example if its a match night the next morning the only thing you wake up to on your TL is scores and comments about this or that player. Do you honestly think that is the only thing people had to say that morning. If Yes you have already been brainwashed my Social Media.

But Facebook will argue this filtering is necessary and I agree. The average Kenyan has around 300 friends on FB  and say they averagely like 40 Pages each. According to stats from FB each day 4,750,000,000 posts are shared. Roughly 4 posts per Facebook User. That would mathematically mean that if you log in everyday you would be exposed to roughly  (4*300=1200 posts). clearly  some filtering is needed

The problem (To me that is)  is Facebook is using its  filtering algorithm to make Money.Take My PesaBox Page the last Post I wrote only went out to 98 people.

And my Numbers have been on a downward. Facebook was quoted saying Quote: “We expect organic distribution of an individual page’s posts to gradually decline over time as we continually work to make sure people have a meaningful experience on the site.”  That means Facebook is actively restricting the reach of posts from people who have pages (Like me) to the people people who have actively indicated they like what we do.And if we want that reach to be made then you know what Facebook is doing? Boost Post

Yes they want us to pay them. This goes as far as a personal post. Say a politician can say whatever crap he has to say and whether or not  you are friends to them them post can find its way to your TL simply because he paid 200 dollars for it. Meanwhile a pal of your may have posted about the ailing health of his mother and how he would like help and you may never get to see that post. All the while he/she will think his friends dont care.

Don’t get me wrong I have nothing against making Money.I for one advocate for it  (Explained by my Coding./work ethic)  but this is wrong. Lets look at it from another angle

On YouTube if you upload content that gets alot of views you get paid for it (Remember Gangnam style guy making hella scrilla $$$$),while on Facebook the more you get liked or viewed by users the more you have to pay for views (REALLY!!). But I propose 3 arguments FB would pose for this.

1.The main reason people go on FB is to view stuff about friends and family as opposed to YouTube where they go for entertainment,knowledge,research etc

2.The interaction per page post on FB is really low and its even harder to quantify the amount of time spent viewing said post as opposed to YouTube where the Interaction happens in Minutes.During which time an add embedded on the view can seen  (Revenue)

3. The role of everyone is know on YouTube; there are creators (who make the content), advertisers (Who bring in chapaa $$) and Viewers (who watch said Video and in turn see the add the advertisers embedded on the creators work. FB is tricky Creators are treated like advertisers (they have to pay to reach the viewers) and now even viewers can be creators by paying for their post to be featured on Peoples TLs So everyone on FB is an advertiser

And you know why? FB cant find another way to monetize its millions of users. I know people will say there are the paid adds on the left but who honestly clicks that. FB is not like Google where after searching  for something I will probably feel completed to click on a paid slot that I feel is best compelling to my search term,In FB all am interested in is Friends or Family Kwisha ave not gone to FB to shop (Unless Soko Nyeusi or Soko Kuu) FB has the poorest click through rate at 0.06% compared to 2% in favor of Google Ads.

In 2013 YouTube made over 5 Billion $ most of which was paid back to the creators of content on YouTube keeping it alive,FB on the other hand made 7.5 Billion $ but that all went back to Facebook share holders,Mark  and I guess his wife (yes am hating), not the people who make the great content that drew us to FaceBook and in turn allowing them to make that money in the first place

Social Media should allow us to share with everyone much like Twitter where all your Followers see your tweets  not like FB that has taken Control of what you see giving you only content that its making money from. Its continuing to block the reach of Organic Posts to people. So I guess am far off better tweeting about PesaBox that having a Page on Facebook

Posted by akajaymo on January 16, 2014 in Uncategorized

I don’t blog as Much as I used to…let me begin with that…most days I have to write down something but heck…midway in the day I forget….any who…..I know many of you will think its writers block 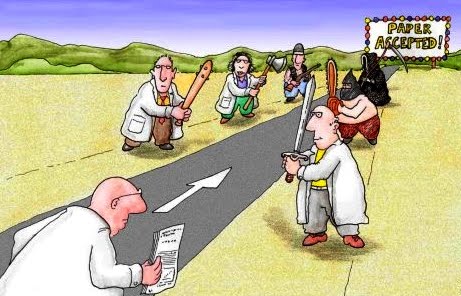 2013 was a year of realization for me personally.I lost someone I called my teacher,I got stubbed in the back by assholes I thought meant something to me,my code matured, she finally said Yes to me after years of being in the inner depths of friend zone…..vitu mob,so let me basically categorize them for you.

This code maneno all begun as a pass time in seco,and after that it was what I did when I didn’t have the funds to go pints with the crew.But I never imagined I would do it for a living. dont get me confused I knew I would delve in to code post college not Math but not to this depths. From meetings in Central Bank to  Safaricom and in between sijui how many other  blue chip companies and banks in between. Code was good to me in 2013. And I guess I realized if its not this am going to do post colle then id rather try my hand at cooking meth like walter white.

You need to end some relationships

If you wake up in the morning and you are already weighed down then kuna kitu hufanyi poa…and that was me in 2013. The work load of a coder is mad enough as is,couple that with BS from assholes who surround you then you are shortening your lifespan.

I worked on projects that I got in only by this words “Niko na Idea poa,I think we should develop” only to realize you are building someones dreams.Au projects you think are paid only for you to get facked in the ass by the co dev…pesa amekula,product hakuna  and since its your name on the doted line you are the one left holding your dick in the cold. So you end up remitting monies back you didnt touch,burnt relationships that are tricky to salvage etc. I felt bad when the friendship I had with a character I this Blog I refer to as Jean Grey ended. But that life and thats how the dice rolled. So you just wake up like size 8 and say am done with that crap…fack yall

You need to outgro your mentors

As a kid you would hold on to mums dress and felt scared when she wasnt there..but there comes a time you have to move past that or you will never grow as an individual. I Respected Idd Salim as one of the key guys who made me. and I moaned deeply his loss,I got insluts about being a mini Salim sijui Idd Wanna be and what not. Because my Merian blood boils hot I would simply have countered,I went to speak but was like never mind   wacha tu…..sare Jaymo Dumisha amani.

kuna watu mob who also influenced and I will forever respect that….but pole  if you think I will forever be in your shadow..I always give reference to Iverson checking his mentor Jordan and thats when Iverson was truly born Did Jordan go ahead and call a press conference and say Allen Iverson is disrespecting him …sit at the corner and think about that.We all wanted to be like Mike

I got My Numbers Right

Wako wapi wasee wakusema na copy  sijui nani…haya ndo hiyo am copying this from a blog I love ” I got my Numbers right,It finally got to my code cranium. All code without scrilla makes Jaymo an un-focused coder. That is All I will say.”

Clean Up your plate as soon as you get your serving

Am guilty of having taken too long on some projects.Not because singe hack but because I was busy arguing Android na Iphone ni gani poa…Vaseline au Dame ni gani poa, and while I was doing this people were churning stuff out. I am guilty of having kimbishad scrilla sanaa,sijui client hajalipa depo sijui nini…and subsequently I developed bad blood towards a project,only for the scrilla to come and you left there again holding that Long dick of yours in the cold,project haikumalizwa na uko na pressure ya kumaliza. Fack coding kwa hao onsite coding with fellow devs has its pros superseding its cons

Tell your Girl you Love her More

There are days you wake up and its straight meetings and code reviews…bosses on your neck and you can barely get time to text or call. Or times when its you and her na system ime crash na you have to leave…let her understand. Coz when shyt trully hits the fan you know she got you. Thank God for Her…{ Thts for you Irene I love you Ma }

Posted by akajaymo on January 14, 2014 in code, Humour, Reflections